I still remember when I walked into Bagatti Valsecchi Museum on the first day of my first real job, at 21 (I already baby-sitted for a long time, but that was easy to me so I don’t consider it a real job, more like being paid to have fun).

Museo Bagatti Valsecchi is nestled in one of the most beautiful areas of Milan, the Golden triangle, between via Gesù and via Santo Spirito (next to via Montenapoleone), located in one of the magical alleys of the city that make you want to get lost. 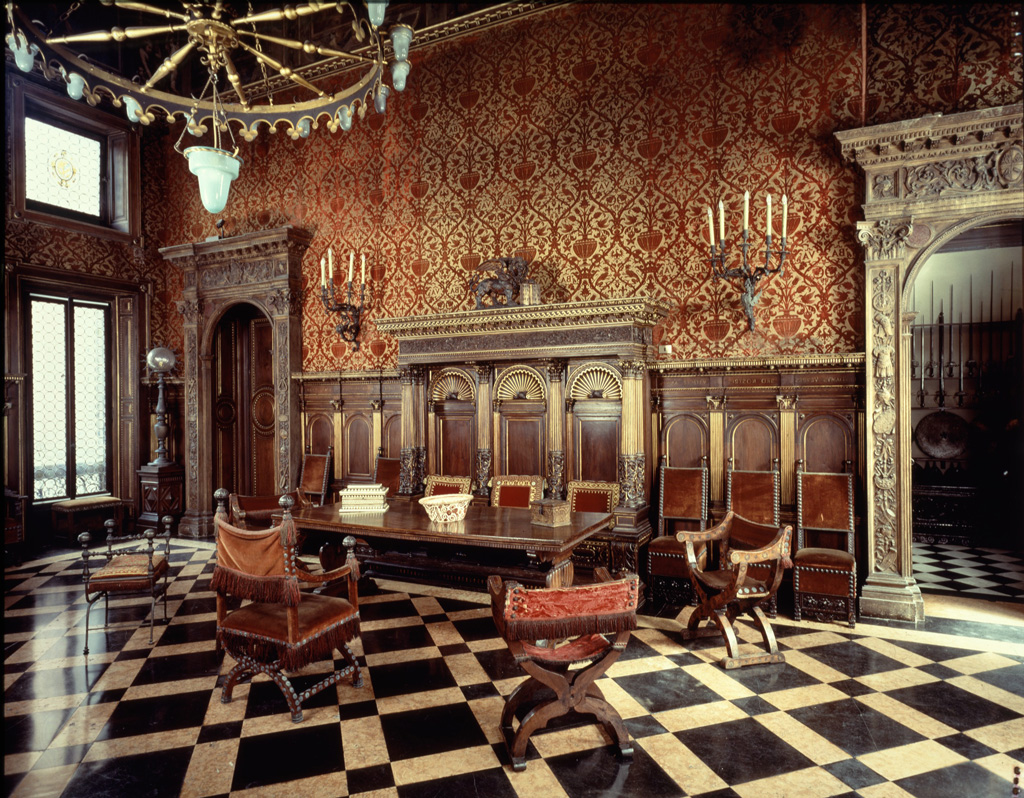 I always loved the place since I was a kid: my Mom used to take me there and I would marvel at the many armors exhibited there, at the different rooms that felt like some ancestor’s home.

It’s with these memories still very vivid, lingering in my mind, that I decided to apply as an intern for them – completely randomly, as there weren’t job openings of any sort – but I had very little hope it would really happen.

But it did, and that day I was excited like a little girl. I was welcomed like a part of a team, and would feel part of the team still today: most part of the staff is still very much the same it was 13 years ago, and I stop by once in a while to say hello and take a tour of the rooms I now know by heart.

But let me tell you more about why I still love this place so much and stayed as one of my favorite spots in the city.

The Bagatti Valsecchi Museum is a historic house museum that fully expresses the art of collecting at the end of the 19th century. The protagonists were two brothers: the Barons Fausto (Milan, 1843-1914) and Giuseppe (Milano, 1845-1934) Bagatti Valsecchi. Beginning in the 1880s, these two undertook the refurbishment of their family home in the heart of Milan between via Gesù and via Santo Spirito.

For the re-styling of their home they picked the Neo-Renaissance style (dating to the 19th Century), while beginning to collect paintings and decorative arts of the 15th and 16th Centuries. In this way, the rooms of the Bagatti Valsecchi home became a way to express the abilities for a vast array of able Lombard craftsmen. Theirs was the responsibility of finding solutions to inserting then-modern domestic comforts—electricity (the Bagatti Valsecchi home was one of the first private homes to have electricity in Milan), a shower, water basins with a drain, hot and cold running water—into the rooms without disturbing their stylistic unity. 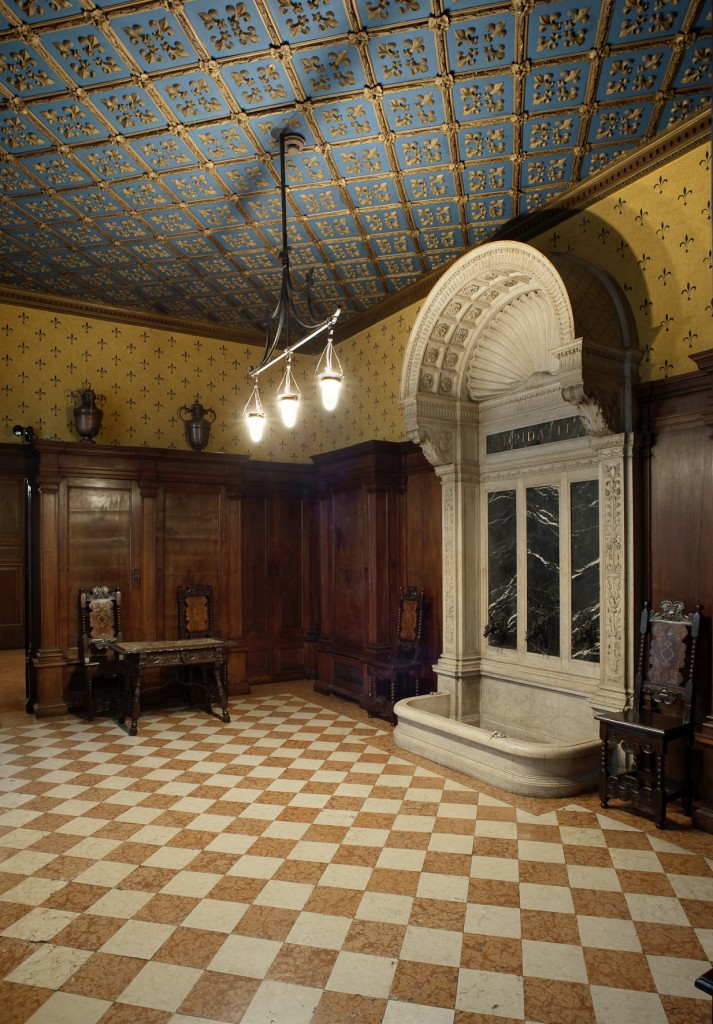 After the death of Fausto and Giuseppe, the Bagatti Valsecchi family home continued to be inhabited by their descendents until 1974. In that year, Pasino, one of Giuseppe’s children who was by then in his seventies, decided to create the Bagatti Valsecchi Foundation to which he donated the collection his ancestors gathered during Centuries.

At the same time, the mansion was sold to the region of Lombardy with the clause that the historic displays on the first floor were to be preserved “as is” in order to preserve the unbreakable tie between the “container” (the spaces) and the “contained” (the furnishings and art collections), one of the distinctive traits of the Bagatti Valsecchi brothers’ collecting efforts. Twenty years later, in 1994, the Bagatti Valsecchi Museum was opened to the public. The house features several room with the collection of paintings, sculptures, objects arranged even now as they were at the end of the 19th century.

Among them, Fausto’s bathroom, with a metal washstand and a marble tub, both fitted with running water, a particularly avant-garde feature for the end of the 19th century, and the Gallery of Arms: other than defensive weapons, such as shields and armor, this collection is composed almost exclusively not of fire arms, but of side arms, that is, arms with blades that, in the eyes of the brothers, appeared better suited to recreating the Renaissance that they sought to evoke.

Since 2008 the Bagatti Valsecchi Museum, the Boschi-Di Stefano House, the Necchi Campiglio Villa and the Poldi Pezzoli Museum have been united in the circuit of Milanese historic house museums.

The circuit was born in order to make known and promote the cultural and artistic patrimony of Milan over the course of almost two centuries through the presence of some of its protagonists: the nobles Gian Giacomo Poldi Pezzoli and the brothers Fausto and Giuseppe Bagatti Valsecchi in the 19th century and, in the 20th, Boschi and Di Stefano, husband and wife, and the industrialist families of Necchi and Campiglio, also joined in marriage.

It is possible to visit all four of the historic house museums with one “Casemuseocard” for sale in the Bagatti Valsecchi Museum, the Necchi Campiglio Villa and the Poldi Pezzoli Museum. For more information, see the web site (also in English): www.casemuseomilano.it

Whether you are only in Milan for a day or you are planning a longer visit, make sure you stop by to pay a visit, and be prepared to make this magic place a home away from home every time you’ll be back in town.

The extra tip: if you are ending the Tour of the Museum feeling like it’s way to soon to leave it, have dinner at the restaurant located in the very courtyard of the Museum, Il Salumaio di Montenapoleone. While I can honestly say without exaggerating that the food is really below expectations, the location is one of a kind and definitely one of the most romantic setting in the city. Give it a try! 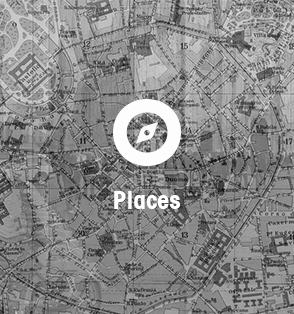 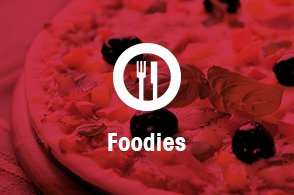